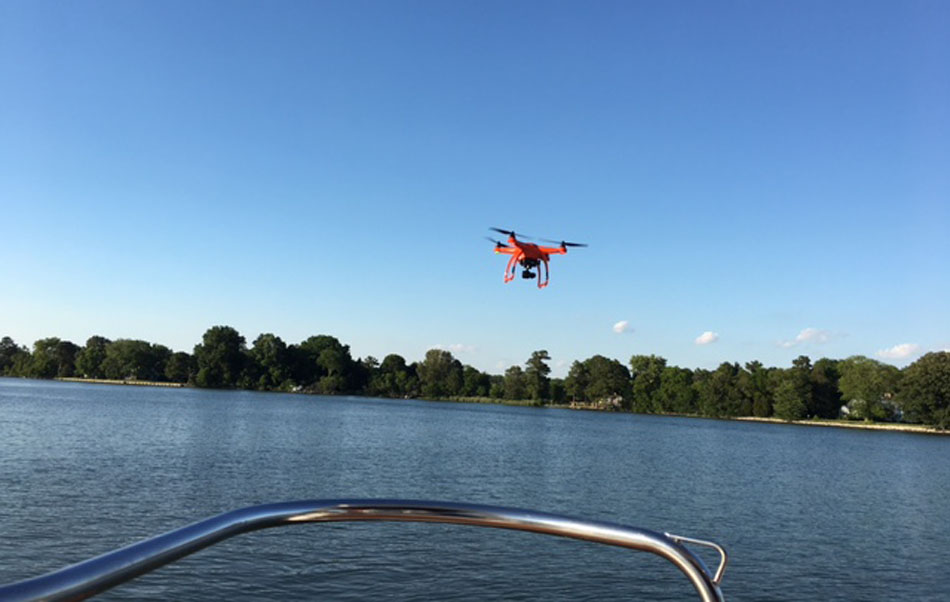 As the Unmanned Aerial System (UAS) begins flying more frequent and scalable Beyond-Visual-Line-of-Sight (BVLOS) operations, weather will become more impactful to conducting operations.  To better understand those impacts and develop solutions to improve services, TruWeather has been collecting data and working in the field with remote pilots to improve our services. For instance, we have witnessed how “invisible weather hazards” such as rapid increases in wind speed with height contribute to performance issues in the FAA’s UAS Pilot Project 2 program and even caused one crash during Visual-Line-of-Sight operations in an unrelated flight operation in New York.  In both cases, it was not originally understood that winds were the contributing cause.  It was only after we conducted some weather analysis using scientific methods did we learn wind was the root cause.  The operator did not recognize this while flying because of a lack of real-time data above ground level.

For companies like TruWeather, the Aviation Safety Reporting System (ASRS) provides a system that can allow the community to collect good data about weather and weather-induced UAS incidences that would otherwise be lost.  We encourage all operators to use the system and always fill out the weather section, even if you believe weather was not a factor, to provide a rich data base of information we all can use to build a more weather resilient UAS ecosystem.

The Aviation Safety Reporting System (ASRS) is a system designed by NASA to report unsafe incidents and has been in use since 1976. Over the past several decades, the system has processed over 1.75 million safety reports. This system was designed for manned aviation and has been instrumental in producing lessons learned and research that has led to changes in policy and regulation.

Recently, ASRS has added a UAS Report Form to report incidents within the unmanned community. Anyone can file a report, including the Remote Pilot in Command (RPIC), Visual Observers, Crew, or others who have witnessed something that should be reported. However, as long as an act is not intentional, criminal, or caused an accident, the system can not be used for enforcement action. See Advisory Circular 00-46F for information on the program’s “Immunity Policy.”

The report form, which can be found here (ASRS – UAS Report Form (nasa.gov) ), contains several sections leading to a thorough report, including weather. According to the May edition of Callback, “Examples of reported UAS incidents include events in which wind, weather, or equipment are important factors, conflicts between manned and unmanned aircraft, and operational mistakes that may endanger persons or aircraft.” Since ASRS can also be searched for reports, TWS believes it is important to fill the database with accurate weather information for each report, even if it is not suspected of being a reason for the report. We know that many conditions can affect the flight of a UAS. Still, with hard data, we can not only improve our service but help steer policies and regulations toward a smart observation infrastructure and relevant forecast data that benefits all stakeholders.

Figure 2 ASRS process from submission of report, to the building of new products, services, or development of new policy or regulations.

When filling out the form, check all the parameters that apply. If something is not listed, check “other” and leave a brief description of the phenomena. Then at the bottom of the form, be as precise as possible about the conditions during flight. The following example was within that same Callback issue mentioned earlier, that emphasizes the effects of winds on many small UAS:

“I was flying my (UAS) drone at the boat harbor. I was recording a boat that just docked with my wife and two friends aboard. I flew too close, approximately 50 feet, at an altitude of 25 to 35 feet AGL. A gust of wind caught the drone and veered it into the rear open compartment deck for viewing on the vessel. Winds were 5 to 8 miles [per hour], approximately, with an occasional gust of 9 to10 miles per hour. I tried to recover, but the UAS hit the roof deck. Witnesses said an unidentified adult man (tourist passenger) batted the UAS with his hand to keep the UAS from striking another passenger and [that he] received a minor cut from the propeller. The passenger exited the boat and left on the tour bus, not leaving his name or other information. The Captain secured the UAS, and upon my giving him all my information, returned the UAS.”

The system is anonymous; however, if you believe weather was a factor in an incident, you can share your experience with us. Email TWS at Clientrelations@truweathersolutions.com for a chance of a free month of our Weather Workbook!

For more information on ASRS, the following link is a pdf with a complete rundown of the program: ASRS Program Briefing (nasa.gov)